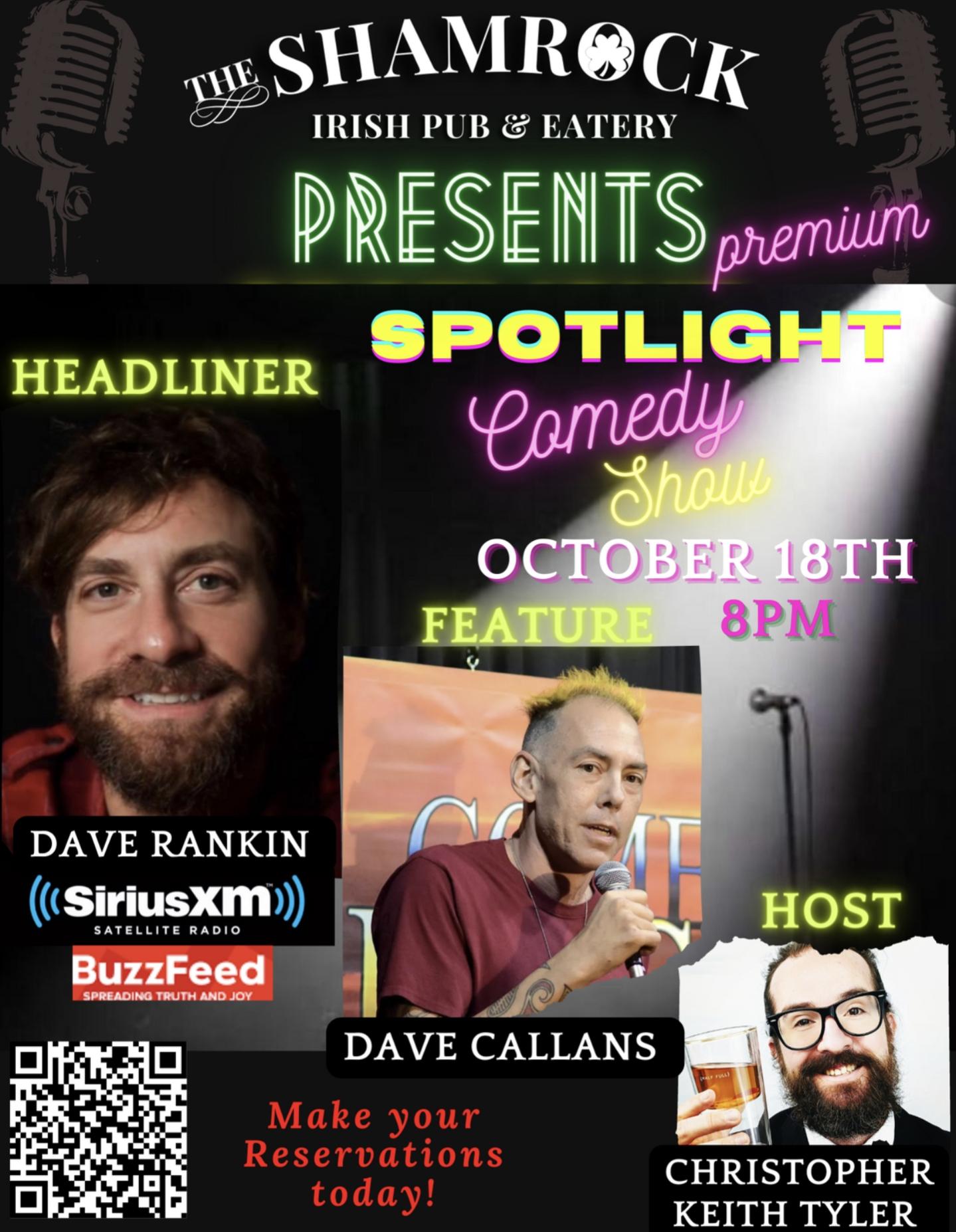 Don’t miss our Tuesday night special with Headliner Dave Rankin and Feature Dave Callans
Dave Rankin started performing comedy in Boston at clubs like The Comedy Studio, Improvboston, and Dick’s Beantown Comedy Vault.
He brought his unique brand of deeply personal and also highly energetic comedy to Los Angeles and has since performed at clubs (The Comedy Store, Laugh Factory, Flappers, Impov) and colleges (Cal State, Los Angeles Community College) all over the west coast.
Dave has been seen on Buzzfeed, JASH, and is a featured comic on Rooftop Comedy.
Dave was a major contributor and member of The Silly Ass Podcast, a comedy collective that ran comedy shows, produced online sketches, and podcasted from the Jon Lovitz Comedy Club. ​He was also a coproducer and host of Reality Bytes season 4 with Sofiya Alexandra and Courtney Kocak.
In 2016, Dave released his YouTube web series “MANCAT” which he wrote, directed, and starred in with his cat.
He was selected to perform at the Sonoma Laughfest, Ventura Comedy Festival, Laugh Riot Grrrl Comedy Fest, and Desert Hearts Music Festival.
His debut stand up album “When I Live My Dream” was released in June 2018 and peaked on iTunes comedy charts at #2 and Amazon.com at #1.
Dave’s second album entitled “Toxoplasma Gondii” was released on 11/7/19 and peaked on iTunes comedy charts at #8.

These days Dave also goes by his alias “AboveTheDave” on his new comedy podcast all about his favorite subject: jambands. The Lot Scene Podcast is a satirical one man comedy journey for anyone who loves the music of The Grateful Dead, Phish, etc. and is streaming on all major podcast apps.

Dave Callans: Winner of Comedy Kumite and Mad Marchness, and has also opened for Dave Attell.